Fremantle in Talks with Clarkson, Probably 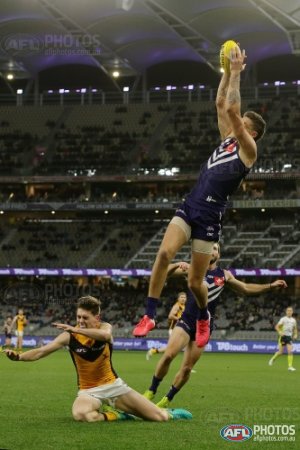 There's something about the unfulfilled promise of pouring rain that lends itself to a good game of footy. Better atmosphere,more open contests and less of the getting drenched part. It was a great night for Freo against the Hawks, they moved well, skills were sharp and they looked like a bunch of blokes who could one day get quite good at the game. Their only concern was the scoring rate was a more casual than you'd like to see at any sort of league level. The only thing really keeping Hawthorn in the game was muscle memory, they expected to be in front and Fremantle expected to be there. But as the game stretched on, Freo stretched their lead and any thoughts of hearing a bell ringing inside the Hawthorn coffin gradually became laughable. Fremantle put the cue in the rack to keep themselves fit for their game in 5 days, cruising home to a 16 point win.