Well Beaten But Not Down 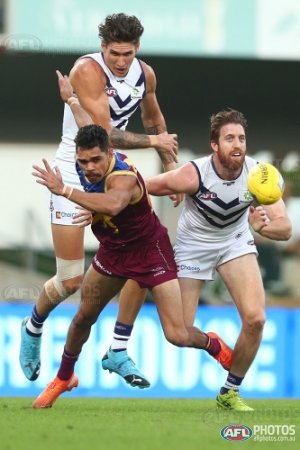 Fremantle flew to Brisbane with most of the plane taken up by medical supplies and the other half full of the only 30 blokes they could find who could walk up the stairs to the plane. Coming off a brutal loss the week before and having a sudden change of venue due to the pandemic, they weren't expected to put up much of a showing. They burst out of the blocks though and for a few minutes it looked like they could maybe just pull of an upset. Only a few though, they slipped off the pace quickly and seemed to only be clinging on because the Lions players thought they were only allowed to kick goals from the boundary line. The second quarter was a bit of a blood bath though, and Fremantle were given a few lessons in how to play footy. But the Dockers wouldn't lie down. The old blokes rallied, the young blokes who could play did what they could and Fremantle won more and more contests, took control of the game and won the second half without much fanfare but with plenty of heart. Finishing the day 24 points down and better for the fight.