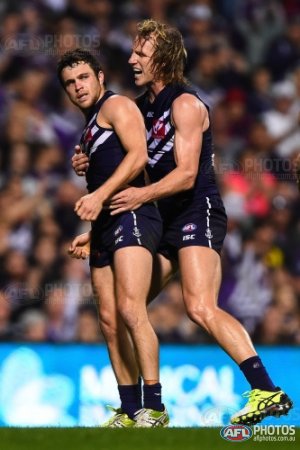 You know how it is. Friday night traffic in the city is a nightmare, you get their late, flustered from the mad dash from work, then you finally settle in and the exhaustion from a long week hits you. Bad enough if you're a supporter but it's a terrible result when it happens to the players. The Freo boys probably should have chipped in for an Uber bus, missing most of the first quarter and struggling to get their heads around the idea of a game of football for much of the first half. They eventually kicked into gear in the third quarter but by that time Richmond had already nabbed a dozen goals and weren�t going to give up their lead easily. Fremantle got within a pre-game firework smoke visibility in the last quarter, with Michael Walters looking in devastating form, but the task was too much even for the previously undefeated Dockers, and Richmond headed back to Melbourne with the biggest scalp in the AFL.