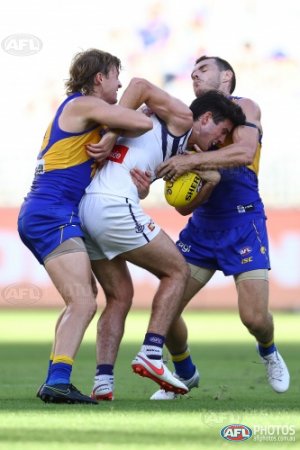 After many years of writing to the state government on behalf of the club, finally the state government have listened to Fremantle supporters and brought in laws that require all the eagles supporters to cover their faces at the football. It's been a long time coming but it's a great stroke of luck that it's happened just in time for an Eagles home Derby, and event that has long been regarded as a super spreader of stupidity. Unfortunately talks are still ongoing to have them housed at Christmas Island but we'll all keep advocating until the right thing is done. Someone who is no stranger to being told to cover his face is resident ranga Tobe Watson has been welcomed back into the team, despite the game being played in daylight hours, as has Darcy Tucker who's been out with a sore leg. Luke Ryan is out with a calf injury and, much like one of his marks, Josh Treacy has been dropped.