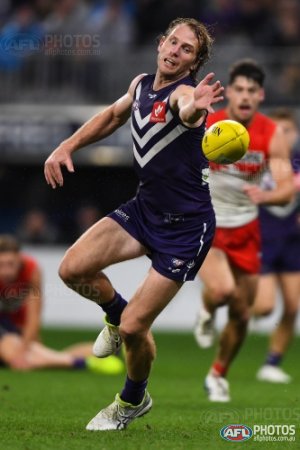 The Dockers are off to play the Sydney Swans on the Gold Coast at 10:45 on a Sunday morning, with their best player being a 36 year old from Victoria. Fremantle is a very weird place. Not so weird is that Fremantle have some unfortunate injuries again, with Rory Lobb apparently infuriating his ankle. Lobb will miss out, along with Sam Switkowski who is out with one of the mysterious post injury report injuries. Presumably he has offended a ligament. And obviously Blake Acres was dropped. The game is on a Sunday so there is a long bench but Matt Taberner has been rushed back in the team to replace Lobb with Connor Blakely, Hayden Young, Lloyd Meek, Mitch Crowden and Nathan O'Driscoll all lining up for the remaining spots.