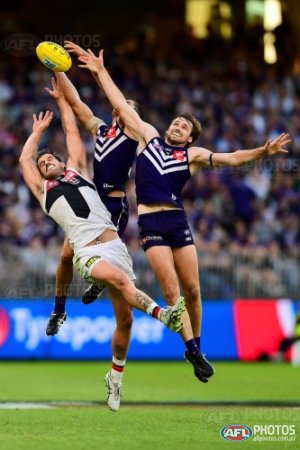 It's almost the end of the home and away season and, after knocking off Geelong last week, Fremantle have been working the calculators hard this week, and not just to cook the books to hide all the missing members. If Fremantle can beat the Saints this week then it's just two more wins and a lot of finger crossing and possible some underhanded doping of one of the other club's water bottles and Fremantle will be well on their way to making up the numbers come September. So with that in mind, Fremantle have wasted no opportunities in tightening up the team and making sure they're at optimal strength, which apparently involves bringing in Docklands specialist Hayden Ballantyne in the hopes that he'll be able to kick a goal there before his career is out. They've also added Cam McCarthy and Ryan Nyhuis to the squad and presumably an admin error as Travis Colyer's name on the list.