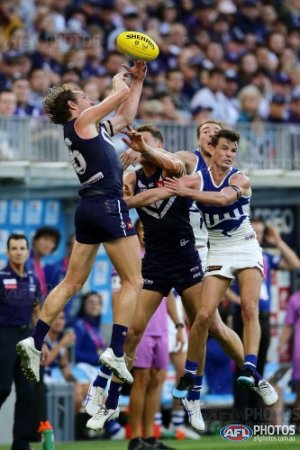 Undefeated in their adopted home town of Cairns, the Dockers fly down to the Gold Coast this week where they take on the Kangaroos who would have to be pretty disappointed with their decisions to give the 2020 coaching job to the bloke to the first bloke who asked for it. The Roos are expected to be fired up though, it's a bit of a slap in the face to be underdogs to Fremantle in Queensland at this time of the season, and they're under enormous pressure not to find themselves getting overtaken by Adelaide before the season ends. Freo don't seem to be all that concerned though, and phoned in the selection from the pool again this week. Reece Conca has had to be given the week off with an injury of somesort, they don't bother to discuss things like that any more, but Tobe Watson has been given the ok to play since the game is being played below the Tropic of Capricorn.