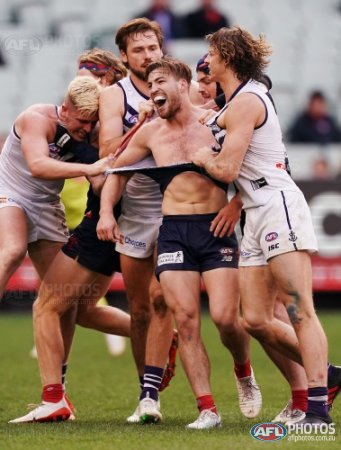 Justin Longmuir has adapted pretty quickly to the north Queensland lifestyle, deciding it was far too hot to bother with a selection so they just photocopied the team that were beaten by the Tigers a few days ago, great news for the locals who will get to see Jesse Hogan taking Cazaley like screamers (if we can believe Mike Brady, which is a long hot to be honest) in the goal square. Simon Goodwin, on the other hand, seems to have dropped his magnetic board while dozing by the pool and had to try and remember who went where, resulting in 7 changes to their team, including the revelation that Aaron vandenBerg still plays football.