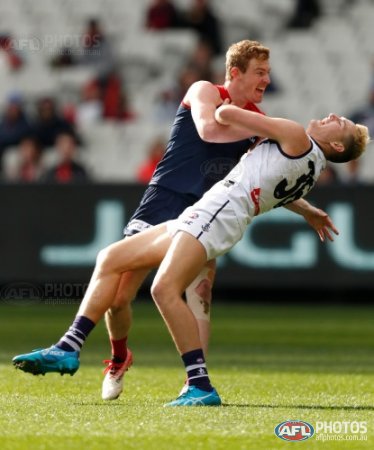 So, there's this place in Melbourne called the Melbourne Cricket Ground. It's been sitting idle for, like, a year nearly, and the locals were a bit down about it but so they just decided to go a bit crazy, throw the doors open and let Fremantle inside. It has happened a few times before, you can look it up on Trove, but it's strange times when Fremantle open the season there...even if it is only because the Saturday morning Auskick was cancelled.So set your alarms, because the game is on at 10:45am. Fremantle have named Lloyd Meek in to debut and Taberner has been named at full forward and is expected to stay close to the goals, because he's going to be pumped full of Voltaren.