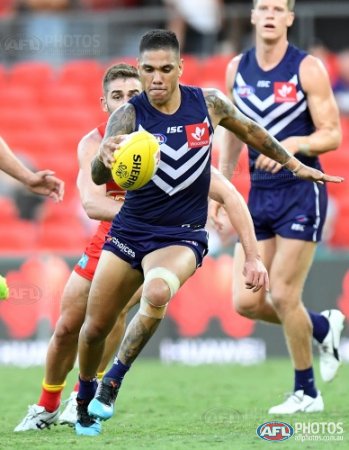 Fremantle are [just checking the fixture]...oh, in Queensland again this week, which is great news because the Dockers have traditionally been smashed in Queensland, so this is..err.. good practice to get an idea of where we are at. It hasn't been a great start to the season but all that is about to change this week when Fremantle play Stephen Hill...the player most likely to not play after being named to play. It's a title as wordy as it is unique. Caleb Serong is also in the team this week, making his debut and expected to dominate. Brennan Cox is out with a busted leg, presumably, and Sam Sturt is out for a month with a busted ankle.