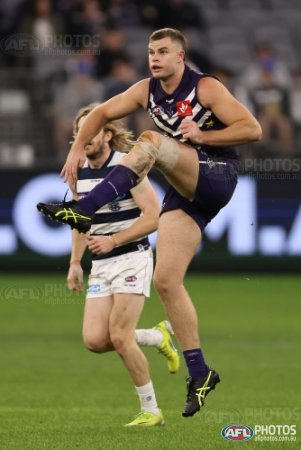 Pull on your ugg boots...we're headed for Geelong. Traditionally, when Fremantle head over to play The Cats in Geelong, it's the middle of June on the 26th consecutive day of rain unrelenting rain. Sometimes it snows, sometimes there's just frost covering the ground but it's never pleasant. But in another sign that this is shaping up to be Fremantle's year, it's April and the weather is forecast to be pleasant ...relatively speaking. It's for the best too because Fremantle have lost one of the driving forces from their forward line, as well as Matt Taberner. Taberner and Sean Darcy are both out injured, with Josh Treacy and Lloyd Meek coming in to replace them.