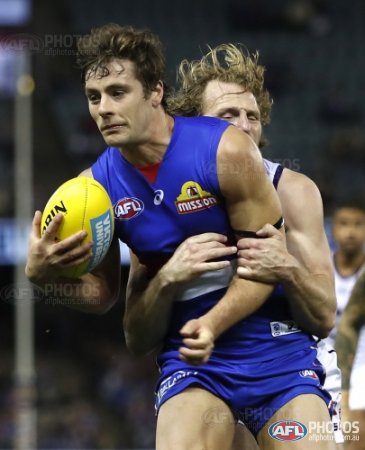 Well, this is it, end of the season for Fremantle but it's been a long time since football has been still worth following in September. The Dockers are back at home this week, which is actually the furthest possible place from home but it's where most of their stuff is so that'll do. Fremantle have never lost a game at Cazaly's Stadium while the Bulldogs have presumably never won there and Mike Brady is yet to be spotted, so all in all it's been a run of wins for Freo. Unfortunately one thing has gone wrong, Michael Walter has had to end the year early after stepping on a cane toad or something and injuring his foot. And since the game is being played back above the Tropic of Capricorn, they've had to leave out Tobe Watson for UV reasons. Liam Henry and Reece Conca will come in to replace them.