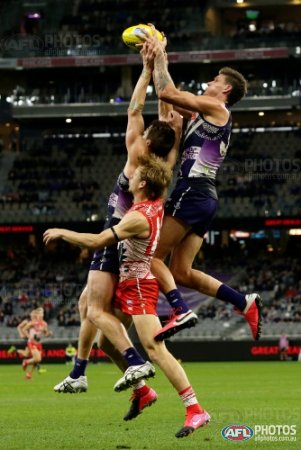 One of the teams from New South Wales is in town this week, an opportunity to remind those bastards that not only is WA the engine room of Australia, we gave their footy teams it's name too. There was pressure on the state government to shut the border, just as a bit of a lark, but it was decided that it's not worth the risk of Dean Cox decided to move back to Perth, so they'll be escorted out as soon as the footy is over. It's also a rare appearance in WA for the Dockers, who have been living it up on the Gold Coast for a couple of weeks and not winning games of footy, so both teams are sure to cop a gobfull from the fans who brave the rain on Saturday night. Andrew Brayshaw won't be there though, he's done a calf injury, apparently from playing on two different types of grass, while Duman has been dropped. Luke Ryan is back, to be Fremantle's entire backline again and Josh Treacy is getting another chance to kick a goal.