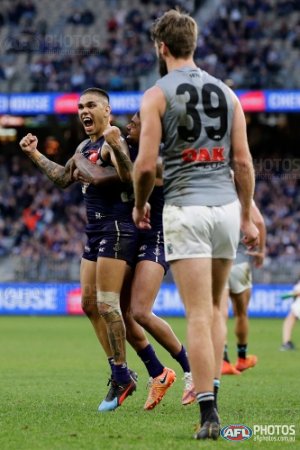 After a long road trip where they gave a decent account of themselves against the Lions, Fremantle are back home this week. Home being the Gold Coast but at least they don't have as many arguments about who gets the phone charger port. Since the game isn't until Sunday night, the AFL has pretty much told the teams just to name everyone they know, so the Dockers have 6 ins this week. Sean Darcy and Taylin Duman are the outs, with Stephen Hill and Jesse Hogan are starting on the ground. Hoping on the extended bench will be Nathan Wilson, Caleb Serong, Connor Blakely and Round 1 Rising Star Nominee, Sam Sturt.