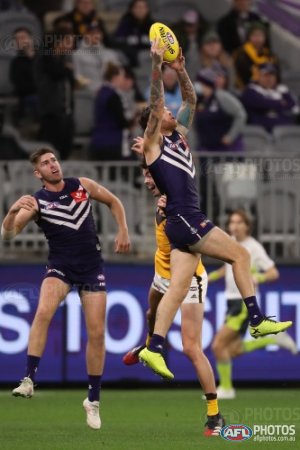 A combination of the weather, the alignment of the moon, the thrashing last week and just because he was bored after someone stole all the stuff from his office has seen Justin Longmuir swing the axe this week and make 4 changes to the team that lost to Carlton. A bloke named Nat Fyfe will return after sitting out the week, much like he supporters who had to watch the Carltong game, with a bad headache. They've also included Tobe Watson because it's expected to be overcast. Sam Sturt impressed last week in the WAFL by scoring against a red hot East Fremantle and Josh Treacy was given the news he was making his debut, just a short while after he released Longmuir from a headlock. Hayden Young, Lachie Shultz and Sam Switkowski are all out injured, while Giro and Henry have been dropped.