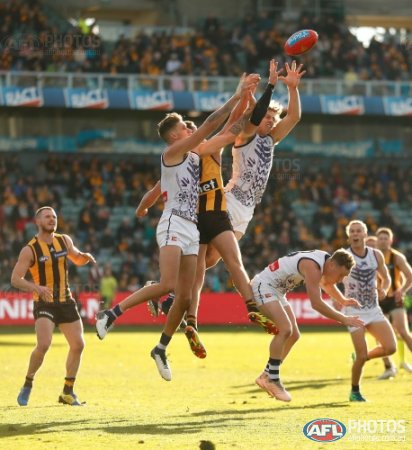 Imagine being stuck inside all day and all night, with short trips outside hiding behind a mask in fear of your life at every turn. What a horrible way to have live. Sooo...it's going to be a bit wet at the footy tonight but who'd want to be stuck indoors. Anyway, that sort of thing doesn't worry Fremantle supporters who have long known that the best time to go out in Perth is in the rain, because the Eagles supporters are all inside. We also know that the only time to see Stephen Hill play nowadays is in the 20 minutes before his leg pings because of the heavy track. James Aish is also returning from a concussion setback. Brandon Matera is out with a groin injury and Tobe Watson has been given a rest.