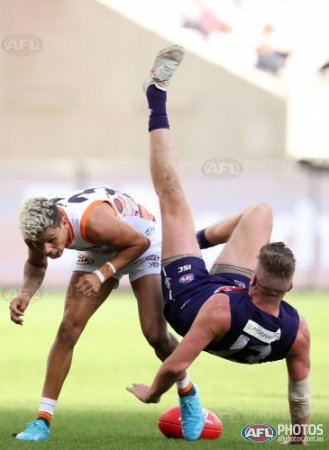 It's Round 2 and Fremantle are already looking at the back of the cupboard to see if there's anything to be found behind the stack of accidentally bought salt reduced baked beans. Alex Pearce and Joel Hamling were hurt last weekend, Liam Henry ventured into the most dangerous place on the planet - Kailis Oval, and has buggered up his leg while Tobe Watson will have to sit out because the UV rating will still be too high at 3pm. It's not all bad news though, because luckily for Fremantle, the selectors aren't much good so there were actually some handy players just kicking about waiting for someone to call their name out. Nathan Wilson, Sean Darcy and Michael Frederick are all back in with Heath Chapman, a big bloke from West Perth, ready to make his debut.