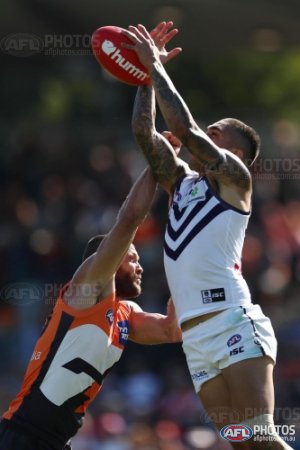 With only a few more days for the Fremantle players to enjoy not living on the same side of the country as the bloody Eagles, all eyes turn to Optus Stadium on Saturday afternoon for the big clash against Other Sydney. Consistent with their traditional policy towards Fremantle, they will have to back up again on Wednesday for a match against Richmond but they've still opted to make just the one change, with Michael Fredreick being given a well deserved break and Brett Bewley returning from his. Of more interest though, Matt de Boer is back! The former Fremantle future captain has been rushed back into the team after recovering from a hamstring injury, lining up on the half forward line for the Giants where he is expected to continue his bitter rivalry with Stephen Hill...for at least until the first one of them leaves the ground with a leg muscle injury.