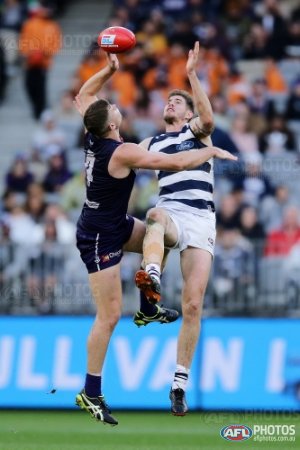 Early next week the AFL have arranged for Fremantle and Geelong to play a game of footy for what they're called Round 8. The Cats have been living in isolation from the rest of the world since they arrived in WA, so it's pretty much a home game for them. They will be without Gary Ablett Jr though, who had to stay in Plagueville for the time being, and after a long time in isolation, Joel Selwood wasn't prepared to face a hostile Fremantle vocally pointing out every time he ducks. Dahlhaus and Jordan Clark will also sit out. And while it's shaping up for a repeat of ROund 20 last year, Fremantle have had to give Stephen Hill a rest because, presumably, these cold nights are killing him. The possible Ins are numerous though with Brandon Matera, Connor Blakely, Mitch Crowden, Reece Conca and Tobe Watson all in the mix.