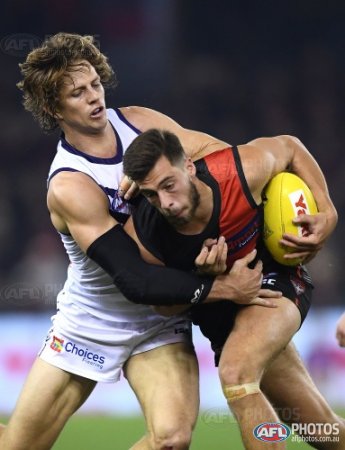 Remember back to the start of the year, Round 22 under lights at Optus Stadium against the Bombers...it was going to be an epic battle to see where we would sit in the eight and who we'd be playing in September. Now it's just another novelty jumper game in the cold, with a farewell and a milestone thrown in for good measure. But that won't deter Fremantle supporters from enjoying themselves, well, some of them and the players all have their hands up for the selectors (technically they're up because they need shoulder strapping but they're probably keen to get a game as well). It didn't do many of them much good though, with Hayden Ballantyne having to announce his retirement from the Dockers to get a game and Cam McCarty getting a gig because everyone wants to see him running around in the old jumper. Bailey Banfield and Jason Carter have been given the flick.