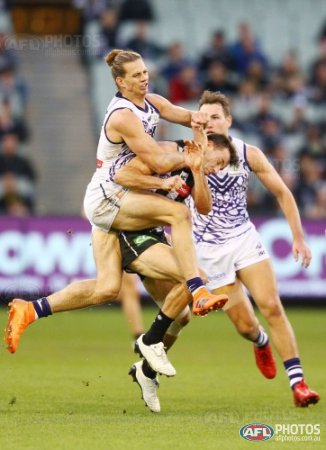 Fremantle play their last game this weekend which, after last week, will make it their 21st game of the season and then we can all get back to the important business of looking forward to football season. Before that though, we have to put up with a little more of the actual football season and Fremantle have decided that it's an important opportunity to play the young players and let them gain more experience rather than give Daniel Pearce a send off, so Stephen Hill and Joel Hamling are back in, with Darcy Tucker and Sam Switkowski. Bailey Banfield, Ryan Nyhuis and Stefan Giro have been dropped and Michael Walters is injured.