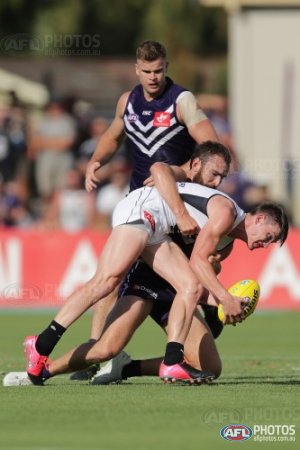 It's probably a couple of weeks too early to start using the word 'dynasty' but it's been a long time since anything resembling momentum has built and these things become hard to gauge. There are some who are concerned that two wins and a bye might be our grand final but with Carlton running out to take on Freo this week, it's hard to see what could possibly stop the Fremantle Juggernaut. The scary thing for Carlton is, after seeing Fremantle's now infamous demolition of Hawthorn last weekend, Michael Walters has been added to the Freo team. Travis Colyer is also out injured but that's a big upgrade from the initial diagnosis of dead.