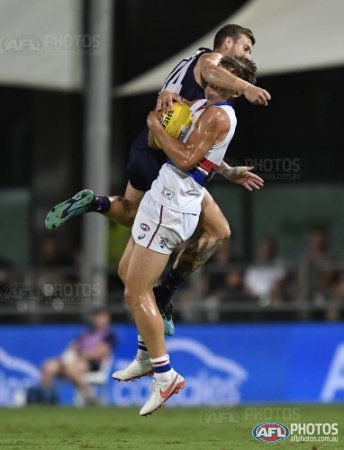 Presuming they don't come down with the plague, or we don't come down with the plague, the Western Bulldogs are expected to fly into town sometime around the weekend. Fremantle are yet to decide how big a lead they will concede to the Bulldogs in the opening few minutes but it's expected to be at least 3 goals before they fight back heroically before going on for a percentage boosting win. Fremantle and the Bulldogs being the glamor teams that they are, the game will be played on Sunday evening, to give all the non racist nutbags with Foxtel something to watch. As such, Fremantle have only named the one out this week with Sam Switkowski busting his hamstring. There are some good ins though, Griffin Logue and Matt Taberner have been rushed back, with Joel Western a chance to make his debut. Reece Conca might also get a game.