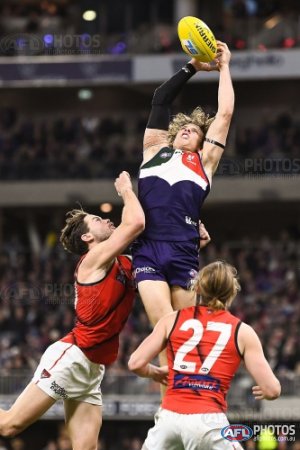 It's been a pretty quiet offseason for Fremantle. New coach, new CEO, half the squad has injured themselves running laps and all that was before we had the fire, floods, famine (stop hoarding all the spaghetti, you bastards) and pestilence but it's a scientifically proven fact that none of that will have any impact on the week ahead when Fremantle start the year off with a percentage boosting win on Saturday. It's been a long wait but the footy is back, at least temporarily, and this Longmuir chap seems keen so everything should be fine...having said that, David Mundy is playing it safe and will be obeying the lock down rules at his nursing home. Two new blokes will be in the purple to kick off round 1, with James Aish making his debut in colour and Sam Sturt making his AFL debut after too many knocks in the head last year kept him from following Ross Lyon's game plan.