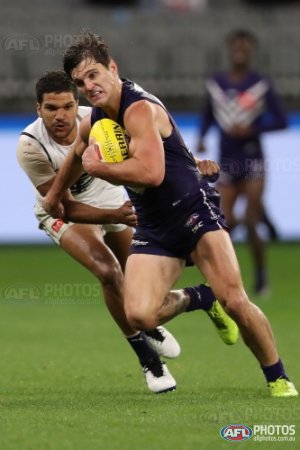 After a big win at home last weekend, Justin Longmuir decided he deserved a bit of a rest and was just going to change the dates on the team sheet from last weekend and mail that in. Unfortunately, after the game, Nat Fyfe could barely remember where he'd parked his lime truck, so they decided he should probably sit this week out. Although his dad still made him deliver the lime. They were able to find an easy replacement though, with Michael Walters declaring himself available after a summer of hamstring troubles and, presumably, Paddlepops. Walters return should sort cover for Fyfe, as well as fixing up some of the forward line problems and improve the dancing remarkably after Luke Ryan lowered the tone of the entire league with his effort last week.