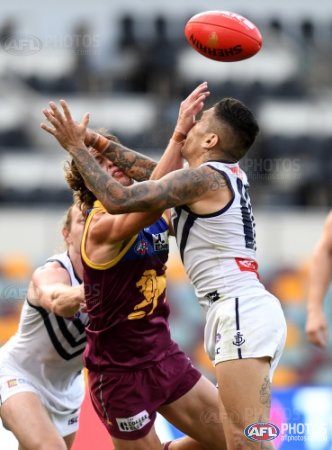 After last week's game where [---------------REDACTED---------------] Fremantle had to head up to Brisbane to save Justin Longmuir the indignity of trying to work out how a mask works on live television. Sadly, after [---------------REDACTED---------------], Fremantle's stocks have dropped quite significantly and they're not given much chance of winning. Which is exactly what they want Brisbane to think. They've fallen right into JLo's trap. Unfortunately they have had to drop Heath Chapman this week after his arm fell off earlier in the week and Ethan Hughes is also out after both his arms fell off. The two will be back as soon as the robotics lab sorts them out. Into the team will be Liam Henry, with the injury sub coming from Connor Blakely, Joel Western, Stefan Giro and Lloyd Meek..so probably Blakely again.