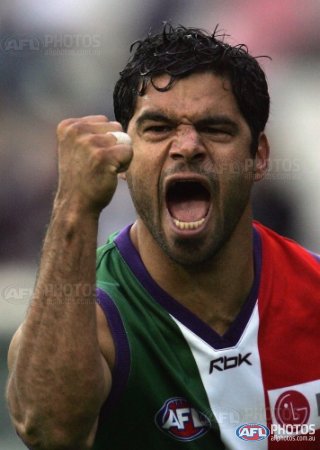 Sydney are a sadistic mob. They took Lance Franklin, the greatest goal kicker of the twenty first century, from one side of the country to the other; and then they gave him a front row seats to watch his team mates seemingly go to extreme lengths to not kick goals for 4 quarters. If we hadn't been coached by Ross Lyon for so long, no one would have believed you could get that much of the footy and do absolutely nothing with it. They kicked a goal in the opening minutes and then nothing until the cue was in the rack. Fremantle took a while to understand what was happening, some of them looked like they thought they were losing. They were just going about their business, getting the footy and trying to kick it to Rory Lobb so they could make fun of him in the hub, but also doing the slow work of a young footy team finding their their style, while Sydney carried on like the other blokes in tights who weren't Steve Bradbury. But by the third quarter, after JLo explained to them that they were winning, they almost looked a polished machine, with some huge contested marks in the forward line and some respectable kicking. By the time the day was over, Fremantle had conceded 3 goals to the Swans and won by 31 points. Luke Ryan was given the Goodes O'Loughlin Medal which is a thing.