Bombed out at Marvell 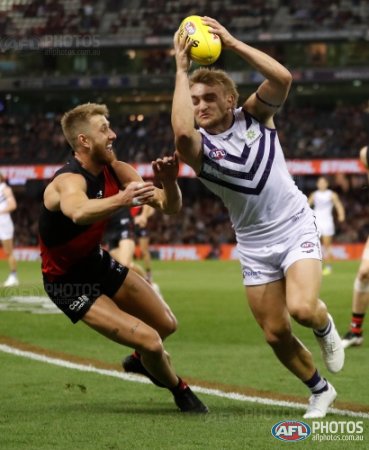 Fremantle's long road trip has come to end, with not much to show for it in the way of points but they did manage to salvage their pants. In another terrible start, Fremantle looked like they were in for a horror day, giving up three quick goals without much in the way of trying to stop it from happening. They dug in though, mixed a few things up and crawled their way back into the contest by quarter time. They second quarter was a different story altogether, Fremantle blew the Bombers off the park, dominating in the air, on the ground and occasionally on the scoreboard. Unfortunately that 'occasionally' part proved to be a problem, and as the Bombers found their feet again, the scoreboard tightened and Fremantle were ruing their missed chances. The last quarter from Essendon was brutal and desperate and Fremantle didn't have enough to go with them, giving the Bombers just enough edge to take a late lead and hold on for the win.