Quarantine Breached. That game was crook

Not really. Only take medical advice from a doctor. 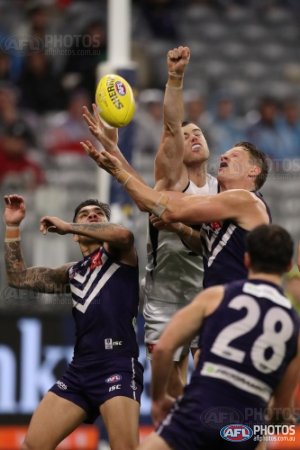 Lock your doors, seal up your windows...the virus has struck and the first cluster will be from Optus Stadium where all experts agree, something was seriously crook. Fremantle took a healthy lead early, and were going along very comfortable, before something seemed to turn. Their skills were less sharp, they slowed down, they made more mistakes...some will tell you it was because rain started bucketing down but as the game wore on and the rain dried up and Fremantle still weren't improving, suspicious arose it was the umpires...but when they handed out a string of wild and seemingly random free kicks, each more outrageous than the last, in the dying minutes to give the bumbling Blues one final chance at victory in an after the siren, JLo special. Presumably thinking the game was over, Jack Newnes was able to do something useful, slotting through the decider to give Cartlon and Co a 4 point win.