Fremantle take something else 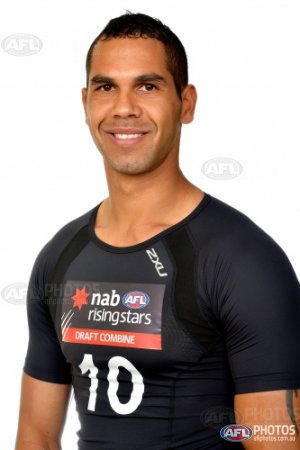 Fremantle have used their third pick #55 to take a medium sized midfielder...wait. What? They've taken a tall defender from Victoria, Sam Collins who has been playing for the Box Hill Hawks in the VFL. Coming from a Hawthorn background, he was a good chance to either to get drafted or made into a an assistant coach. He spent the previous season holding down a key defensive position in a losing Grand Final team. He's quick and has a heart as big as Nat Fyfe's hair.

Pick #61 was Fremantle's only local player, taking Shane Yarran from Subiaco.  Originally from down Mandurah way, his football career was put on hold for 6 years while he spent some time in jail. He got out in 2013 and has played in a couple of Premierships for Subiaco where he gave the Lions a handy target up forward with 54 goals for the season.