Pavlich Is Back As Fyfe Chucks a Sickie 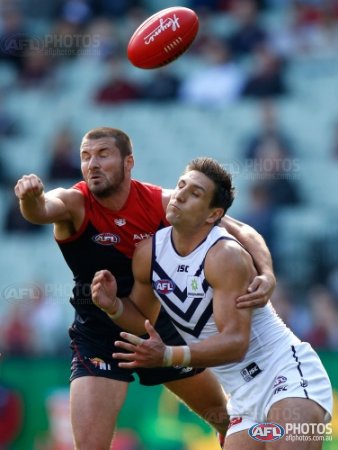 After a close call last week that nearly saw Nat Fyfe rubbed out at the tribunal, everyone at the club agreed that the safest thing to do would be to send him back to Lake Grace, wrapped in cotton wool and then stuck in a cryogenic chamber until the finals start. Many of the other players weren’t so lucky and will have to continue trudging towards September, fronting up this week for the game against Melbourne - who it turns out are still bothering to field a team in the league. Matthew Pavlich took his holidays last week so he’s been forced back into the side, lest no one show up to watch the game. He’ll be joined by a host of hopefuls Ed Langdon, Paul Duffield, Clancee Pearce and Matt Taberner who are all on the extended interchange and would be keen to sneak themselves a spot in the premiership team. Hayden Crozier has been dropped, presumably to qualify him for Peel’s finals campaign. Melbourne have added...ah, who cares.