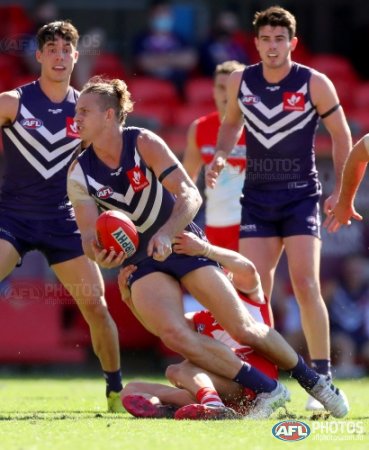 Like the plague town they come from. the Sydney Swans looked like a broken down, shell of a team in the opening quarter against the Dockers. Fremantle on the other hand looked like they were finals bound, with pinpoint passing, creative running and goal after goal. Based on Fremantle's first quarters from previous games, it look like they were headed for an absolute thrashing of the Swans. But then things started going wrong. Nat Fyfe's arm fell off, Michael Walters barely kept his hamstring attached and Sean Darcy seemed to be regretting the curry for breakfast, with constant trips in and out of the rooms. Sydney started getting back into the game, as Fremantle's midfield dropped away. Then they started getting in front. By three quarter time the game was done. Fremantle played it out to fulfil their contractual obligations and Sydney kept going to avoid having to go back to death city.