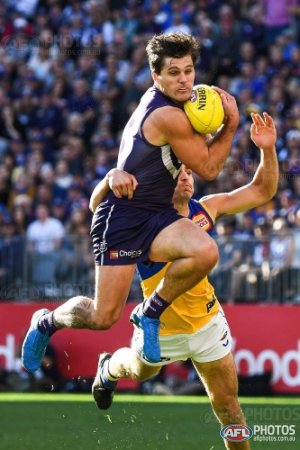 Let that be a lesson to you, West Coast. No one beats Fremantle 12 times in a row. Fremantle are back in the business of humiliating the Eagles, with an absolute smashing of them that is not just likely to have ended their season but struck a blow to their membership renewals as the writing on the wall finally becomes clear that they are a spent force. The Dockers put in a sensational 8 opening quarter - eight of them! - which ended the game there and then. Sure, there was a mini fightback from the Eagles and they Margotte within a couple of goals but Fremantle had the answers when they were needed and goal from Caleb Serong, the description of which can only truy be done justice through interpretive dance, shut the gate on the Eagles and produced a noise level not heard anywhere in the world, this side of Covid-19. The Dockers cruised home to win by 15 points and a good time was had by all.