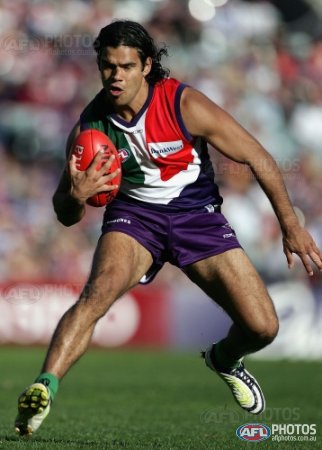 Bloody St Kilda. Once again they've ruined what promised to be a good game of football. They do it every time. In the first quarter, Fremantle were all set for a percentage boosting victory, with polished skills and great automaticity in their goal kicking, the supporters were doing the sums and coming up with a list of who they'd be questioning on Monday morning about the ladder climbing skills of the Eagles. But it never eventuated. The second quarter was just a rolling mob of footballers trying to not get caught holding the ball, with Fremantle kicking a couple of goals but not doing any damage. Then half time came and the best theory so far is that all the Fremantle players caught the covid. They were lethargic and slow and, judging by some of the haircuts, lacked any sense of taste. The Saints rolled straight over the top of them and took a three goal lead into the last change. The Dockers tried another miracle comeback but wth Mundy out, the balance fell too far in favour of Protestants and God wasn't interested.