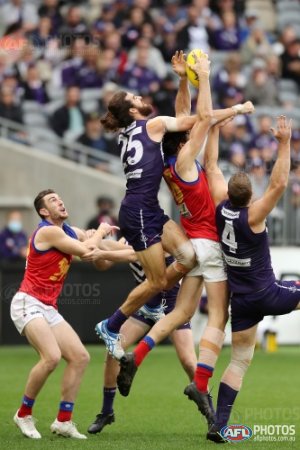 Fremantle have very cleverly kept their powder dry for their last stitch finals assault. Keeping themselves rested in a game they were never going to win, allowing the players to stay fresh and ready to storm home with a win in the derby and then against St Kilda the following week. It was a bold strategy, with many not realising that Fremantle were doing it on purpose, confusing their laid back playing style with an embarrassing debacle that would have players questioning whether they were still entitled to put down 'footballer' in the profession box on their tax returns. From start to finish, Fremantle stuck with the strategy, despite the temptation to save their egos the humiliation and groans from the crowd, never letting up in their stand off approach to the game. Brisbane won by 10 goals on the scoreboard but Fremantle won the big picture long game.