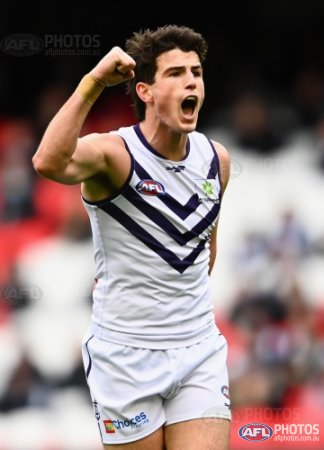 Fremantle's march to September has picked up pace again, fighting back against a determined Collingwood team to bring home a huge win on the road, in scinitllating fashion. It was a typical start for Fremantle, giving up early goals and looking like they'd forgotten the game was on and slept in until midday, but the coffee kicked in and then so did the Dockers, with the midfielders delighting in what appeared to be a dynamic, functional forward line. Fremantle kicked on and looked like they were going to romp home, before Collingwood found some degree of competence and fought back at the start of the third quarter. The game was tight, and hard fought after that, with the Magpies taking the lead before the Dockers came flying home, kicking the last three goals - each more dazzling than the last - to win by 12 points.