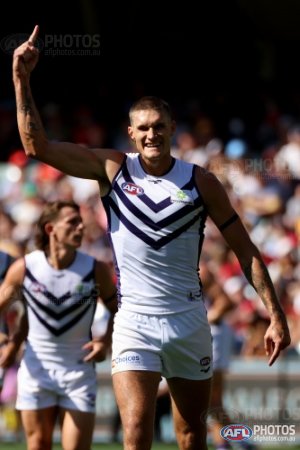 Fremantle have kicked off the season with an epic come from behind win over the premiership fancied Adelaide Crows (*the 2008 premiership). Fremantle dominated the first half of the game, humiliating the home team with their quick ball movement and dynamic pathways to the goals, in what was little more than a training run against some enthusiastic witches hats. However at half time the Crows employed their secret weapon, inviting Peter Malinauskas into the rooms where he did some push ups and threw the medicine ball around to fire the Adelaide players up. They came out with renewed vigour and ability and stunned the Freo players into submission. By three quarter time the Dockers were looking at a humiliating defeat and there were concerns back in WA it was going to be a long season unless Mark McGowan hit the gym. Thankfully Mark was able to keep his shirt on and Fremantle kicked back, with three straight goals giving the Dockers back the lead. Things looked lost in the closing seconds when the ball was headed straight through the goals but Heath Chapman managed to direct a spoil with precision unseen since the days of Robbie Haddrill, and the Dockers survived for the win.