Just Give Us The Flag Now

Season 2022 all but settled 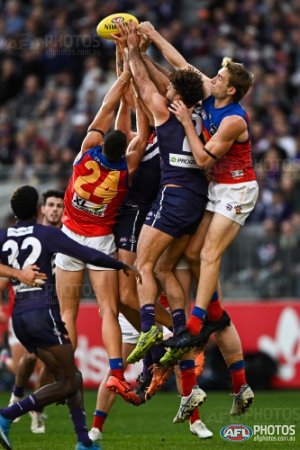 It's become very hard to see a scenario where Fremantle doesn't win the flag this year. Half the team out of action, no forwards even named in the squad, playing against what most 'experts' were saying was the best team the competition had seen for a decade and still Fremantle won in a canter. To their credit, Brisbane were able to make a game of it for much of the afternoon, keeping up with the Dockers for the first half. But when Bailey Banfield fired up in the third quarter, he single handedly blew the Lions out of the water. Three goals, each more brilliant than the last had the Lions lost, with no answers, before Frederick finished them off in the last quarter to cap off another wonderful game for him. The Lions got a couple of late ones to save face but the game was never in doubt. Book your Grand Final tickets now and avoid the queues.