Freo Make It Easy for Eagles 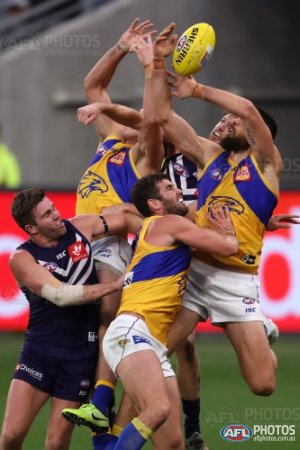 The Corona Virus gets a bit of a bad rap sometimes, deservedly so, but sometimes it's worth taking a moment to appreciate the fact that we live in a world where you can lose a Derby and social distance your way through the rest of the week, throw on a big mask so no one can tell who you are or just not have to go into work on the Monday. If you haven't worked it out yet, Fremantle did not win the derby. Again. It was a remarkably better attempt than last time though, with the Dockers getting a great start but the old story of wasted chances in front of goals and silly skill errors in defence. The third quarter was a killer though, with the Dockers barely able to get their hands on the ball. They had some work to do in the last quarter and they looked like they might just be able to pull off another miracle, before the forwards started spraying the footy again. In the end, both teams decided to call it a night and just ran laps. West Coast winning by 30 points.