Coach very relaxed about it 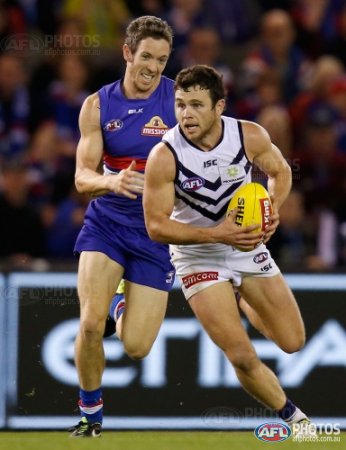 The first leg of Fremantle's premiership season kicks off early Easter Sunday morning (presumably because the AFL blokes can't subtract 3 hours from the time) and it's all good news for the Dockers. Actually, it's not really news at all. It's pretty much business as usual. Aaron Sandilands will have a delayed start to the season, after being used as a test subject for one of the AFL's random rule adjustments and former Fremantle Captain Matthew Pavlich has put his semi-retirement plans on hold and will line up at centre half forward. Harley Bennell was one of the few players who looked a chance to get a game but the new jumpers were late from the factory so it was decided that he had a tight calf muscle. The Bulldogs will debut former Hawthorn defender Matt Suckling who's change of clubs should see him leanring what defender really means.