Less so the Bulldogs 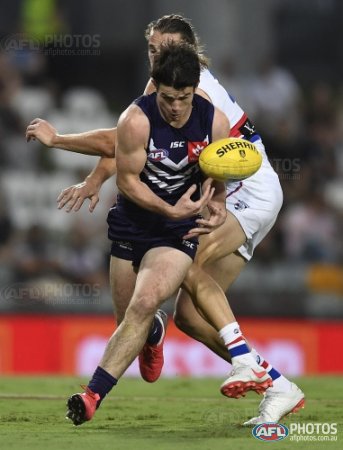 Fremantle got a front row seat to where they need to get to by next year, with the Western Bulldogs throwing 2016 premiership levels of pressure at the Docker youngsters and breaking Freo's winning streak. The ball was a lot hotter than it had been the previous week against North Melbourne and the dewy conditions didn't help matters, the combination of slippery hands and panic making for plenty of fumbles. Despite being without Michael Walters, Freo still have the Dogs plenty to worry about in the middle but the forward line didn't cover quite as well with the absence of Matt Taberner, and presence of whatever has become of Rory Lobb. The Dockers stuck with the Bulldogs for most of the night but kicked away in the last quarter to win by 30 points. That's the season.