Despite getting Pantsed by Hawks 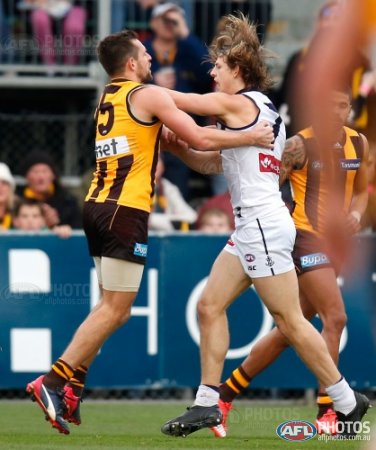 Fremantle have fulfilled their contractual obligations with the AFL and showed up in Tasmania for a couple of hours while Hawthorn played football. The Dockers cunningly kept their game plan a secret in front of the Hawthorn players and coaches, as well as most of their playing strengths and which of their players possess the basic skills required to play a game of football, in anticipation of meeting the Hawks again in the finals. The Dockers showed astounding levels of discipline, resisting the temptation to score for most of the game and putting their ego aside to make the Hawks think their opponents were absolutely no threat and barely capable of stringing two kicks together. Not quite as clever, Hawthorn gave Fremantle a look at all their tricks, running around like idiots and kicking goal after goal to win by a tasteless 72 points. Fremantle remain a game clear on top of the ladder and are expected to return Daylight to second spot, over the coming weeks.