Fremantle Pick Up Where They Left Off 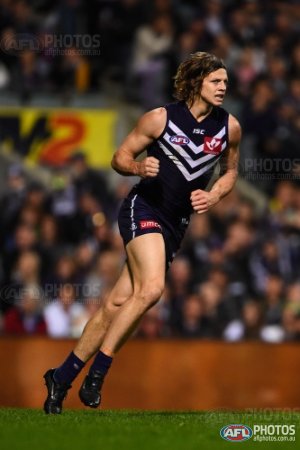 It was a brutal affair, even scrappy at times, and that was just the umpiring, but the two giants of Australia's opposing coasts went head to head at Subiaco Oval for the love of the national and, once again, Fremantle came out on top. Fremantle flew out of the blocks with a magnificent goal from Michael Walters in the opening minute and the supporters settled in for a percentage boosting drubbing. Unfortunately they hit a wall at that point and Collingwood took control of the game for the rest of the quarter. The second term saw Fremantle regain their composure, take the lead and fight it out until a brilliant last quarter knocked the Magpies down. Nat Fyfe set the tone, leaving several Collingwood player's children fatherless (at least that's the assumption - the paternity tests haven't come back yet) while Lachie Neale did most of the hard work on the ball, getting some handy service from Aaron Sandilands. The win leaves Fremantle where they started the round - on top.