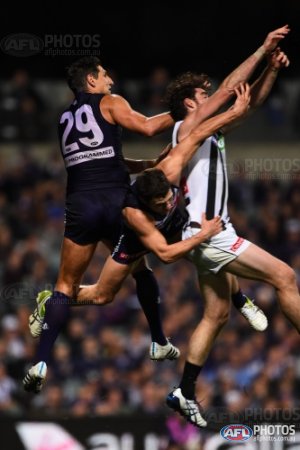 A bit of nostalgia crept into the club this week after they realised they were limping into the bye with just enough players to meet their contractual obligations to field a football team each weekend. Just like the good old days. Well, just like most years really. Going out of the side this week will be Tanner Smith, who has come down with an off trend hamstring injury. Jack Hannath has put his hand up for the job and, since it was the only hand that reached high enough into the air to make a contest, he was selected. The rest of the available players were slightly shorter so named as emergencies. Collingwood have tried to distract everyone from their president's recent remarks by namin Travis Cloke and Nathan Brown in the team, ending rumours that the two had retired several years ago.