Fremantle May Not Make the Finals 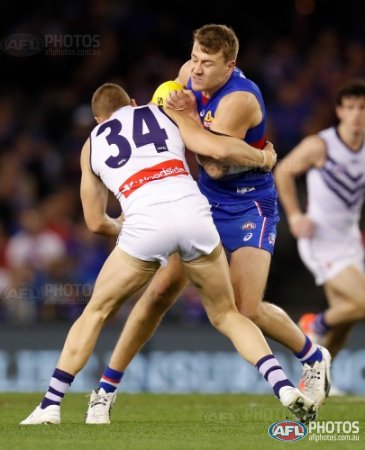 Either the Western Bulldogs are back to their premiership form or Fremantle are what the football academics refer to as 'rooted'. The Dockers looked like they were going to give the game a good showing early on, matching the Bulldogs goal for goal in what was an exciting 20 minutes of football. Then the Bulldogs put on three unanswered goals in as many minutes to finish the quarter well in front. Fremantle didn't pick up in the second quarter, with the pacey Bulldogs carving up the Fremantle back line to shut the game early, going into the long break with a 7 goal lead. Some people might have held out hope that Fremantle could claw their way back but none of them were wearing running around Marvel Stadium in a Freo jumper. The Dockers fulfilled their contractual obligation to stay out on the ground but that was about as far as they went, plodding home to lose by 47 points.