But they still lost 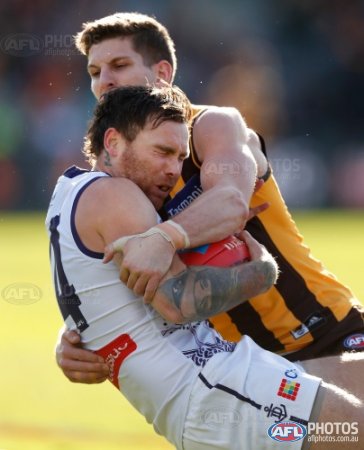 Fremantle will be much happier with their performance this week against the Hawks than their effort against West Coast week, which probably says a lot more about Fremantle at the moment than it does about the performance. The Dockers didn't kick a goal in the opening quarter, with the Hawks taking a sizable lead well into the second quarter. Things looked to have taken a turn for the worse when Nat Fyfe left the ground but he emerged from the rooms rejuvenated, sparking the team back to competence and closing the gap to 8 points by half time. Unfortunately that burst of excitement was it for the day and Freo returned to form, struggling to score for the rest of the game to lose by 31 points.