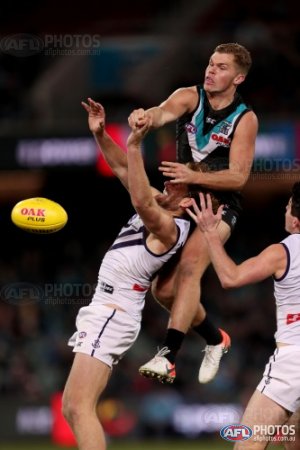 Fremantle have done their best to honour the memory of their outgoing coach by playing the style of footy that saw him sacked. It was a good start, there was a bit of hope that Fremantle could end the season on a high note after the first quarter netted 5 goals but then they just stopped. They stopped running, they stopped tackling, they stopped kicking the ball in the general direction of their teammates and the stopped kicking goals. It wasn't until the final minute of the third quarter that they scored another goal, and then they conceded one in the remaining 30 seconds. They kicked a few late ones in the last, including one on debut from Bubbles Dixon, but it will be a game added to the very long list of games never to be spoken of again.