Fremantle Call in The A-Team 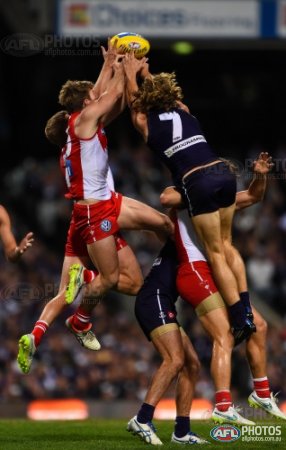 In an unprecedented move, Fremantle have made sweeping changes to the side that secured the minor premiership last week. In a move that is short to generate days of controversy, Fremantle have made 14 changes for the team that will start their finals journey to what most experts are calling, their inevitable premiership. Lee Spurr, Luke McPharlin, Zac Dawson, Stephen Hill, Michael Johnson, Cameron Sutcliffe, Nat Fyfe, Matthew Pavlich, Danyle Pearce, Chris Mayne, Michael Walters, Aaron Sandilands, David Mundy, Hayden Ballantyne are the handy inclusions this week, with most just having the week off but Hayden Ballantyne and Nat Fyfe returning from short stints with busted legs. Alex Pearce, Tanner Smith, Tendai Mzungu, Clancee Pearce, Connor Blakely, Max Duffy, Paul Duffield, Brady Grey, Ed Langdon, Jacob Ballard, Jack Hannath and Lachie Weller have all been dropped after last week’s loss to - who did we play again? but Ethan Hughes and Hayden Crozier have been given the dignity of being listed as out with calf injuries, which will make a good story at the 20 year premiership reunion. Sydney haven’t faired so well at the selection table. Lance Franklin and Kieren Jack are both out with Jarrad McVeigh and Ben McGlynn being wheeled out for one last hurrah.