For the Love of God. Make it Stop 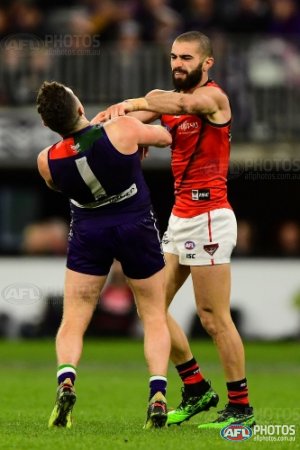 Fremantle greats Aaron Sandilands and Hayden Ballantyne got to be humiliated one last time at home, as they retired on a sad note, defeated by Essendon to the tune of 32 points just a week after the Bombers lost to the Western Bulldogs by a gazillion or so points. Fremantle had their chances all day, and could have won it at any point up until the last half of the last quarter, but instead decided to bugger about and do the exact opposite of taking their chances. Cam McCarthy managed to provide some highlights with his three goals, while possibly being the first player to ever have a review overturn a behind for an out of bounds on the full - because even the umpires needed to get in on retro round for Freo, with one knocking himself out while attempted to mark the football - and still managing to give a free kick against Freo before he blacked out. One more week to go. God help us.