Footy is back. We're still not good at it 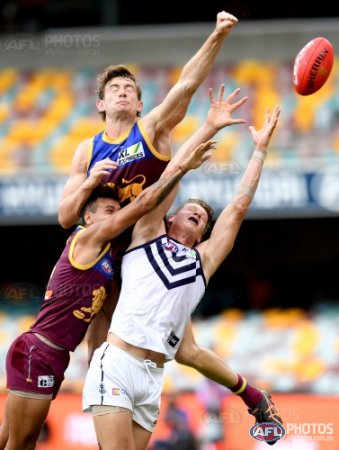 Football was the real winner. Well, Football, Channel 7 and Gil McLachlan's performance bonus to be honest but not Fremantle. As you'd expect from a team who are living in a camp on the dangerous side of the country after going months without playing football, it was a bit of a hit and miss game. Fremantle started the day in a manner that had the people back home in Freo coughing on the neighbours to try and kick off the pandemic again but they eventually settled themselves down, sneaking through a couple of to keep the Lions honest. The second quarter was a completely different affair though, Fremantle looked sharp and moved the ball well, attacked with some sense of purpose, and made Brisbane play the game on their terms but, with a backline who look like they've been on the WA quarantine diet as described by a German cruise ship passenger, it's always going to be tough to hold a narrow lead, and the Lions kicked away in the third. Freo gave a miraculous win a crack but Dean Margettes is in Brisbane so it was unsuccessful. Brisbane by 12.